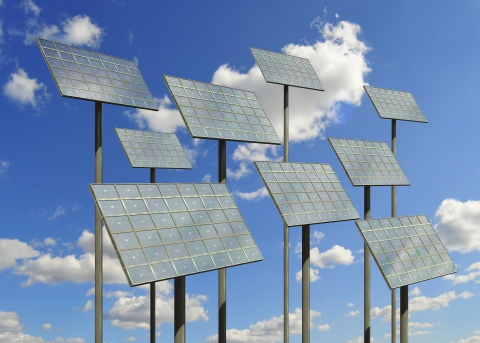 Here at Green Road Solar, we are proud to be your Sun Valley solar energy experts. From solar panel installation to electric car chargers and Nest thermostats, we have the tools, the knowledge, and the experience to help you make an energy difference right here in California.

If you are like most people, questions about how solar panels can actually convert light to power have probably crossed your mind. Well, to understand that process, we need to understand a few things about light first.

It wasn’t so long ago that we didn’t understand the properties of light. Generations of scientists struggled for centuries to understand how light works and what it is composed of. The ancient Greeks believed that light was made up of particles. In the 17th Century, Christian Huygens proposed that light was a wave, a disturbance in the air like ripples disrupting water. Sir Isaac Newton supported the idea that light is a particle. The debate went back and forth with new discoveries and theories from scientists and physicists from around the world until the matter was finally settled by quantum mechanics: Light is both particle and wave.

Understanding the nature of light is the first step towards understanding how solar panels work. The particles that make up light are known as protons, and they are the driving force behind solar panels. Solar panels are made up of groups of photovoltaic cells. Photovoltaic cells consist of semiconductors, most commonly silicon in composition (silicon is a poor conductor on its own and is typically combined with phosphorous and boron to address the issue). Without digging too deep into the technical details, as the photons react with the silicon blends, they break apart electron pairs and allow them to move freely. The flow of electrons provides the current, while built-in electric fields provide the voltage. Current plus voltage equals power.

One of the issues we hear about often here at Green Road Solar concerns the idea of energy loss. If solar panels can absorb the energy generated by interacting with light, why aren’t they more efficient? Why can’t we power everything with solar energy? The answer may blow your mind. You are likely familiar with how light is made up of different wavelengths—think rainbows—and each wavelength produces different amounts of energy. When lower energy wavelengths enter a solar cell, they don’t have enough strength to disrupt electrons and will simply pass through. If a wavelength has too much energy, the excess is lost as well.  To put it another way, solar cells and panels need to be in the goldilocks zone when it comes to interacting with photons.

The science behind solar panels is both fascinating and complex. We hope that you have a better understanding of just what it takes for solar panels to bring power into your home. As always, for all of your solar energy needs, Green Road Solar has you covered. Contact us today to learn more about our services and products.